Driving DUI and Driving Without a License: a Combo That Easily Leads to Jail Time

Driving under the influence of alcohol is unquestionably dangerous and dumb. 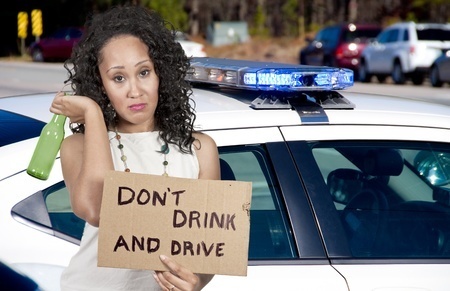 But did you know that if you drive without a license or drive on a suspended license, you could also go to jail as well as suffer a smorgasbord of nasty punitive consequences? California Vehicle Code section 12500 establishes the punishments for driving without a license. These range from mildly annoying to the severe and life changing, depending on the context of your arrest and your driving and criminal history.

For instance, let's say that you drove wildly one night after partying in Fresno's Tower District, and you plowed your car into a building, injuring a passenger and her vehicle. Authorities later determined that you had no license. In addition to facing felony injury DUI charges, per California Vehicle Code Section 23153, you could also face punishments, including ADDITIONAL JAIL TIME, for not having a license. Also: don't be surprised if you lose your license for a long, long time afterwards.

California courts typically do not take kindly to what are known as recidivists or "repeat offenders." Without a valid California license issued by the California Department of Motor Vehicles, you can face a misdemeanor conviction per CVC 12500. This can lead to a criminal record and jail time. Driving on a suspended or a revoked license is punished per California Vehicle Code 14601. This count carries more JAIL TIME as well as other penalties.

Protect your rights. Battle back against your DUI, CVC 12500 and CVC 14601 charges by calling an aggressive defense attorney, Christopher Martens. We fight for our clients at Visalia Court at 221 South Mooney, Boulevard in Visalia as well as at Porterville Court at 300 East Olive, in Porterville, California.

Bio Christopher Martens is criminal defense attorney who has dedicated his life to helping those who have been accused of crimes or injured due to the negligence of others.

Thank you for contacting us. We will get back to you shortly.

Please complete all required fields below.

The Martens & Brusseau Law Corporation Is Here for You

At Martens & Brusseau Law Corporation, we focus on Assault, Domestic Violence, Drug Possession, DUI, Expungement, and Juvenile Defense, and we are here to listen to you and help you navigate the legal system. Contact us today.